Where and What Is the Golden Circle? 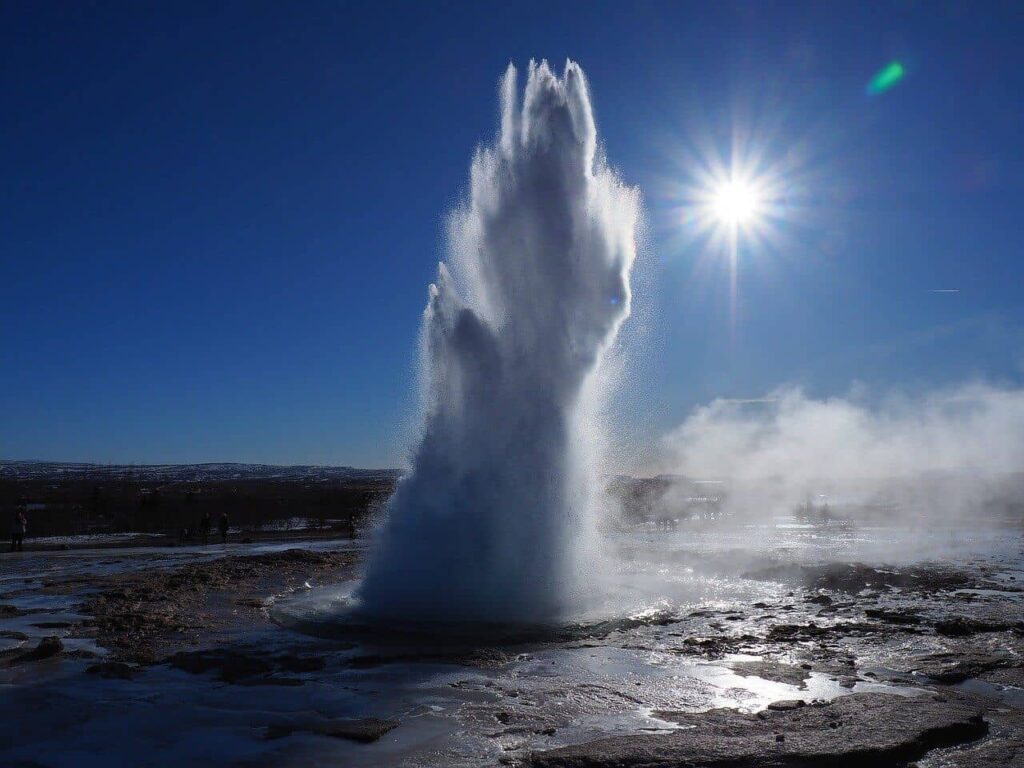 There are gorgeous driving routes along every corner in Iceland. Every path is an opportunity to begin an exciting road trip through an otherworldly landscape or stop and take in the views. One of the most famous routes is the Golden Circle. If you are driving in Iceland, you must take this famous scenic route that connects some of the country’s most famous sites and offers breathtaking views of Iceland’s volcanic scenery.

What Is the Golden Circle?

The Golden Circle is the name for a popular scenic route that connects three of Iceland’s most famous attractions. Most of the country’s tourist attractions and amenities are either located directly on the path or nearby.

There is no physical gold along the route. Instead, the name is inspired by one of the attractions along the route, the Gullfoss Waterfall (“Gullfoss” loosely translates to “golden waterfall”). For many visitors, the gorgeous views along the drive are more valuable than gold.

Where Is the Golden Circle?

The scenic route starts in Reykjavik, the capital, and loops around the country’s southwestern region, where almost all of the major tourist attractions are. It is about 230 kilometers, or 140 miles, long. Just driving the route takes about three hours, but you will want to add several hours for visiting the sites and maybe taking a few detours.

Attractions on the Route

There are three major attractions along the Golden Circle: Thingvellir National Park, Geysir Geothermal Area, and Gullfoss Waterfall. There are also many smaller tourist attractions located just a short drive away from the main route, including natural wonders, picturesque small towns, and delicious restaurants.

Thingvellir National Park is the country’s oldest national park and a UNESCO heritage site for its natural and historical significance.

When you visit Thingvellir, you can witness the formation of the country before your very eyes. The park is located right on the Mid Atlantic Ridge, a rift valley between the Eurasian and North American plates, whose volcanic activity still defines the country. There has not been an eruption in the park for 2,000 years, but you can still see volcanic ravines, lava rock, and dormant volcanoes.

Many visitors stick to the most trafficked trails in Thingvellir, but there are many other ways to explore the park’s natural bounty. You can explore one of the smaller trails that criss-cross the verdant alien landscape. You can also snorkel in the Silfra ravine even if you have no driving experience.

Thingvellir is the site of Iceland’s foundation in more ways than one. In 930, the country’s first parliament was founded here. In fact, “Thingvellir” means “the fields of parliament” in Icelandic. The park witnessed many other dramatic events from Icelandic history, including the declaration of independence in 1944. To truly understand the country, a visit to Thingvellir National Park is a must.

The second attraction when following the route clockwise is Geysir Geothermal Area, another spectacular sight where you can witness the country’s volcanic activity right before your eyes. The Haukadalur Valley as a whole contains many geothermal landmarks such as chimneys and vents. The Geysir Geothermal Area has two of the most dramatic ones: Great Geysir and Strokkur Geysir.

Great Geysir might be the most famous geyser on the continent and was the first one recorded in European literature. It is dormant now, but its neighbor, the Strokkur Geysir, performs spectacular eruptions about every 10 minutes, so visitors are almost guaranteed to get a great photo. A geyser with such regular activity is extremely rare.

The last stop along the route is by no means any less scenic than its earlier counterparts. Gullfoss Waterfall is only a few minutes away from the Geysir Geothermal Area and is one of the country’s most spectacular waterfalls. Water plunges dramatically over two drops totaling about 32 meters. During the summer, there is a walkway that allows you to walk right up to the edge of the waterfall.

Gullfoss as we know it almost did not exist today. Last century, foreign investors wanted to dam the waterfall and use it for hydroelectricity. Luckily, the local landowner’s daughter, Sigridur Tómasdóttir, led a campaign to preserve the waterfalls.

Besides the three main attractions, there are countless other beautiful sights just a short drive away from the main route. If you are looking for more natural wonders, you should stop at the Kerid crater. The crater is a spectacular oval with a cerulean lake at the bottom. You could also stop by one of the many waterfalls near the route.

If you are tired of driving, there are many places near the main route to stop and refresh yourself or even stay overnight. One of the most popular destinations is the Fontana Geothermal Baths. In this spa, you can enjoy traditional saunas and bask in the warm waters.

The many picturesque towns along the route offer plenty of photo opportunities and a place to stop when you get hungry. You can snack on traditional Icelandic skyr or lunch on local produce at the famous Fridheimar farm. Besides typicalIcelandic fare, there are more international restaurants catering to visitors.

How to See the Golden Circle

Many tourists choose to see Iceland’s most scenic route by taking a guided bus tour. Guided bus tours are convenient, but there is no better way to see the sights than by driving yourself.

If you are visiting Iceland, you must see the Golden Circle for a glimpse of the country’s most stunning sights and an insight into its rich history. To experience this route fully, rent a car and drive at your own pace.

Get the latest posts and the best travel tips about Iceland. 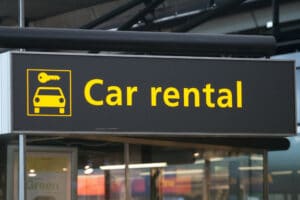 How to Rent a Car: A Complete Guide 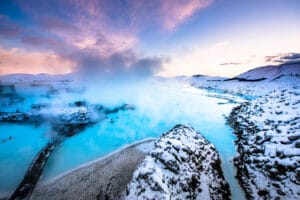 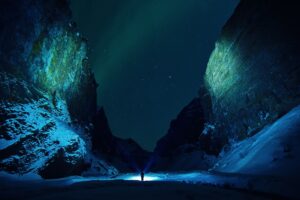 7 Of the The Most Unique Things to Do in Iceland

we have the right car for you

BOOK NOW
We use cookies on our website to give you the most relevant experience. By clicking “Accept”, you consent to the use of ALL the cookies. However you may visit Cookie Settings to provide a controlled consent.
Cookie settingsACCEPT
Manage consent