What is so special about iceland?

Everything you need to know before arriving in iceland

The more you learn, the more you will want to book a vacation right away

When most people think about Iceland, they may think about cold winters, Vikings, or a fairly impressive Euro 2016 team. However, there is so much more to know about this island country rich in natural wonders and culture. Visitors are dazzled by volcanic landscapes, relaxing hot springs, and welcoming people.

If you are thinking about a visit, here is a quick primer on Iceland information you may want to know.

Iceland is a small island country in the northern Atlantic Ocean. Although it is often grouped with other Scandinavian countries such as Norway and Sweden, Iceland is relatively removed from those countries culturally and geographically—its closest neighbor is Greenland, about 280 kilometers away.

The tiny country is only about 500 kilometers wide and has a small population of about 350,000 people. Only about 25% of Iceland is inhabited.

Iceland’s position right under the Arctic Circle means that it shares a similar climate to other Scandinavian countries, including the midnight sun during the summer. However, because of the Gulf Stream, its weather is much milder than in Norway or Sweden. Visitors should still prepare for cold winters and unexpected storms.

One of the most fascinating things about Iceland is its geography. The country is located on a hot spot in the Mid-Atlantic Ridge, making it one of the most volcanically active places in the world. Millions of years of volcanic activity built the country and left evidence all over the landscape. Visitors can see active volcanoes, including an ongoing eruption, geysers, and hot springs.

The sparsely inhabited interior of the country is covered in mountains and spectacular glaciers. Nature lovers flock to Iceland to explore the landscape, watch birds, and even spot pods of whales. 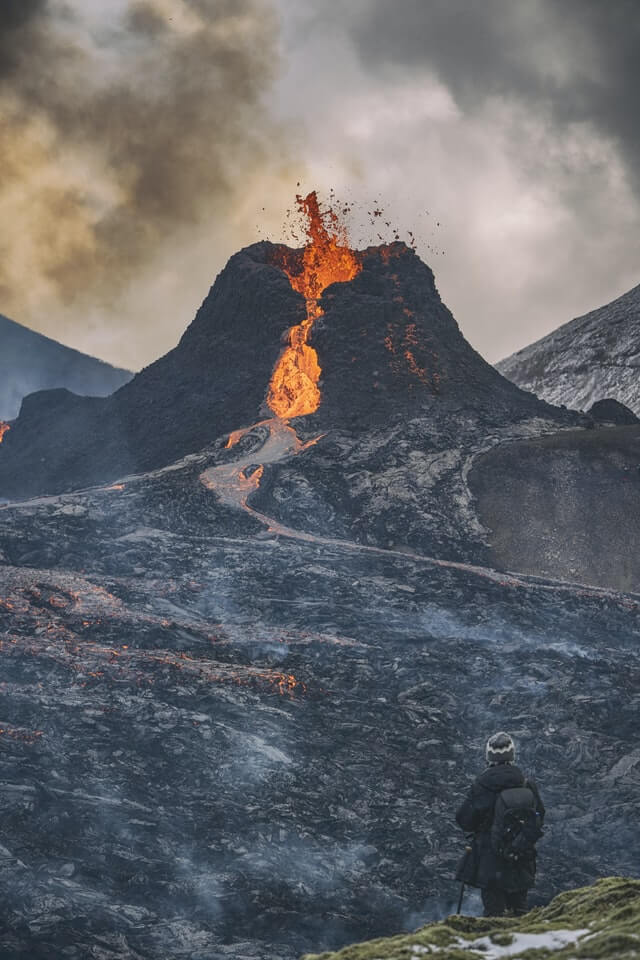 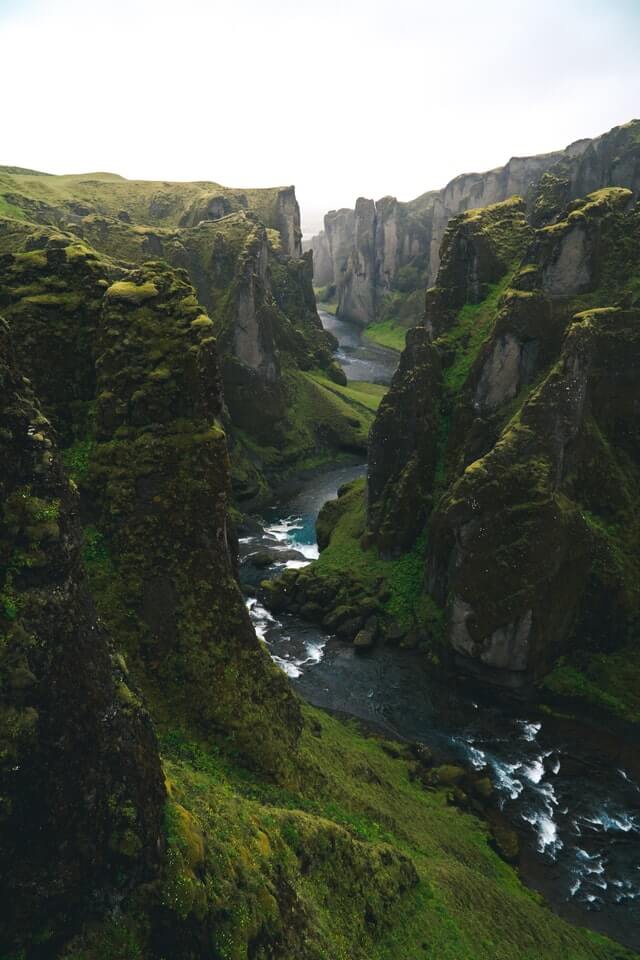 The History of Iceland

Over a thousand years ago, the first settlers came to Iceland. They were simple Nordic and Celtic people trying to remove themselves from Viking society. They established a rich island culture with the oldest surviving parliament in the world and a thriving literary tradition recorded in the medieval Icelandic sagas.

Eventually, Iceland was conquered by Norway, then Sweden, then Denmark. It did not fully declare independence from Denmark until 1944. However, throughout the occupations, Icelandic people retained their language, and customs, and the independent spirit of their ancestors.

Today, Iceland is a modern nation with one of the highest standards of living in the world. Despite their modernity, many Icelanders are fiercely proud of their culture and work to preserve it. Even many of the inhabitants of the capital, Reykjavik, believe in traditional folklore, such as elves, trolls, and other mystical beings.

Icelanders take their arts and entertainment seriously, perhaps because everyone needs some way to get through those long winter nights. There are many festivals, ranging from the traditional Thorrablot Viking Celebration to celebrations of modern music. Nightlife, especially in Reykjavik, is vibrant all year round.

Locals are particularly proud of Icelandic cuisine, which helped their hardy ancestors survive tough winters. Traditional Icelandic dishes include all kinds of fish, from dried stockfish to the lobster-like humar, lamb, and skyr, a dairy product somewhere between yogurt and cheese. Adventurous diners can try hakarl, which is fermented shark meat. Fast-food lovers can try the Icelandic hot dog, or pylsa, which was famously approved by Bill Clinton.

What to Do in Iceland?

For such a small country, Iceland has many activities and sights that wow visitors. Whether you are a nature lover, an adrenaline-driven adventurer, or someone looking to take in some culture, there is something in Iceland for you. This is just a basic overview of Iceland’s main attractions and beautiful destinations. There is so much more to learn and explore in the gorgeous island country. Of course, the best way to do that is to come and see for yourself. 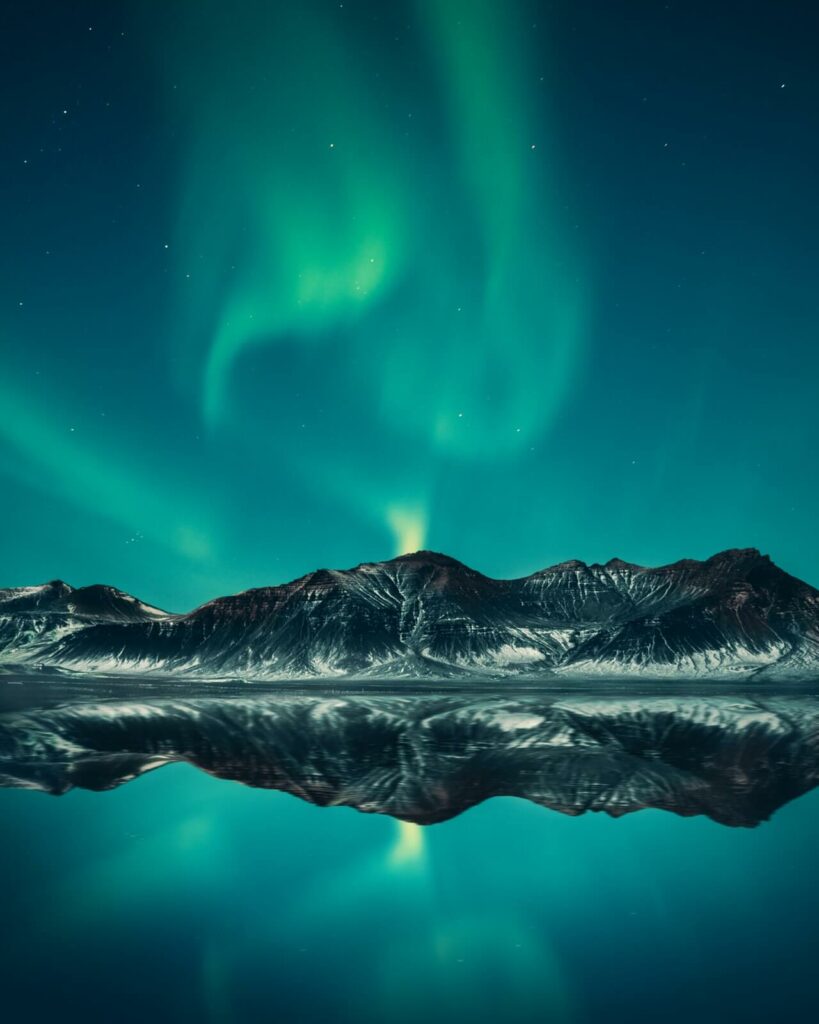 Iceland’s capital and largest city is smaller than many of its European counterparts, with only 200,000 people. However, there is still much to do. Lovers of art and architecture can visit the striking Hallgrimskirkja Church, stroll through the historic city center, and shop from local artists. The nightlife has something for everyone, whether you prefer to sip local liquor, take in live music, or dance all night at a club.

Even though it is a city, natural wonders are never far away in Reykjavik. The city’s many pools and spas are powered by geothermal hot springs. You can also take an easy day trip to explore some natural wonders.

The Blue Lagoon is a spectacular natural wonder located only a few minutes’ drive outside of Reykjavik. The water is hot, curative, and a striking blue color thanks to a nearby geothermal plant. The water has a rich mineral content that is provided by the underground geological layers and pushed up to the surface by the hot water used by the plant. Many people visit this spa when visiting Iceland, so it is best to reserve your visit in advance.

There is more to see in Iceland than just Reykjavik or the surrounding areas. Taking a road trip will allow you to see some natural wonders up close and get to know the countryside. Two of the most popular routes are called the Golden Circle and the Ring Road.

The Golden Circle is a loop of about 300 kilometers that connects three of the most popular destinations: Thingvellir National Park, Geysir Geothermal Area, and Gullfoss Waterfall.

Visitors to this route can see Iceland’s first parliament, the rift valley, geysers, and a spectacular waterfall. The Ring Road is a longer road trip that circles all of Iceland. In a little over a week, drivers can take in the spectacular fjords of eastern Iceland, dramatic waterfalls and glacier lagoons in the south, and depending on the season, even have a chance to see the Northern Lights.

Iceland has many opportunities for travellers who crave a little adrenaline. Hardy nature enthusiasts can hike on a glacier, enter a dormant volcano, or dive in the rift valley between the Eurasian and North American tectonic plates. Animal lovers can go on special puffin tours or whale-watching boat tours to name a few. There are countless tours for all activities and experience levels.

This is just a basic overview of Iceland’s history, culture, and many beautiful destinations. There is so much more to learn and explore in the gorgeous island country. Of course, the best way to do that is to come and see for yourself. Incase you need more Iceland information, below are some frequently asked questions about Iceland. 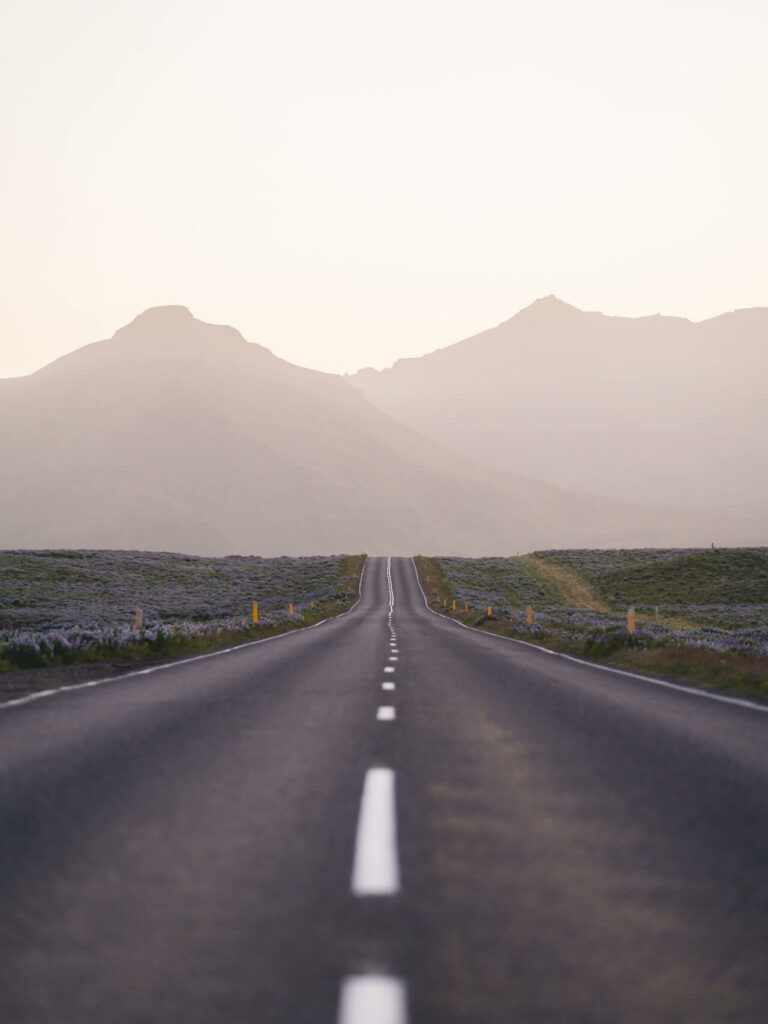 how do I get there?

There are several daily non-stop flights to Iceland from North America and Europe. Flights land at Keflavik International Airport (48 km or 30 miles southwest from Reykjavik). Icelandair is the only Icelandic airline in Iceland but there are numerous foreign airlines that also fly to Iceland from all over the world.

What about daylight hours?

There is a big difference between winter and summer daylight hours. From May to August, you will experience mostly daylight and won’t see much darkness. Conversely, in mid-winter, expect only about four to five hours a day of daylight. Spring and fall daylight hours are roughly the same as in Europe and North America.

How should I dress?

No matter what time of year you plan to visit Iceland, always pack some warm and water-resistant clothes and good walking shoes. The weather can change quickly anytime of the year. During the summer months, bring some light clothing along with fleece and rain gear. Don't forget to bring your swimsuit. Iceland has an abundance of outdoor geothermal pools that are open year-round.

Swimming is very popular year-round in Iceland. The Reykjavik area has more than 10 high-quality outdoor swimming pools and there are outdoor swimming pools in most towns and villages around Iceland. Many pools also have saunas, steam baths, and numerous hot tubs with water temperatures ranging from 36 to 44 C (96 to 112 F). Most pools also have children's areas with slides and water toys.

Is there a shopping tax refund?

When you buy goods in Iceland that cost more than 4,000ISK you can get about 15% refunded. It's easy to claim the refund at Keflavik International Airport.

What currency is used?

The Icelandic currency is kronur (ISK). It's easy to exchange money at the airport, in banks and at currency exchanges. You can also pay for virtually anything in Iceland with a credit card. Visa and MasterCard are widely accepted; American Express and Diner's Card less so. Bank machines are easy to find all over the country. Click here for a currency converter.

When are shops and grocery stores open in Reykjavik?

It’s easy to get Internet access throughout Iceland. If you don't bring a computer, you'll find Internet cafés in the bigger towns and hotels. Many restaurants and cafés, especially in Reykjavik, have free Wi-Fi access, so if you have a laptop you can get Internet access almost everywhere. 3G and 4G internet is widely spread in Iceland and 5G is just around the corner.

Will my mobile phone work in Iceland? 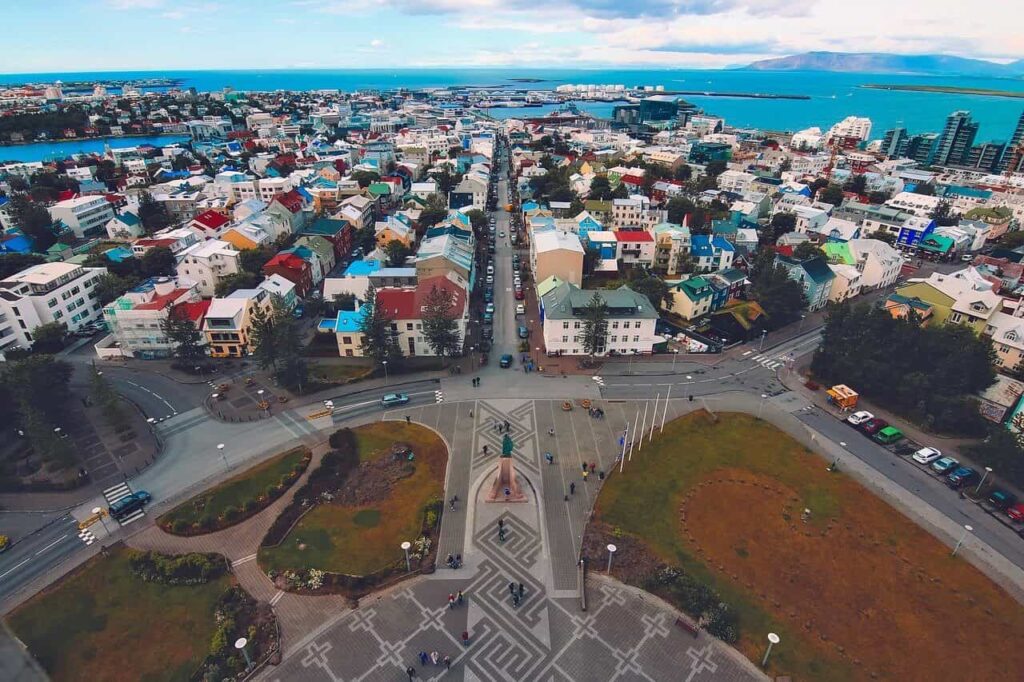 Now that you know everything about iceland, get your rental car today!

We offer a great selection of new and modern vehicles for Icelandic conditions. Book your rental car in Iceland now!

Find a Car
We use cookies on our website to give you the most relevant experience. By clicking “Accept”, you consent to the use of ALL the cookies. However you may visit Cookie Settings to provide a controlled consent.
SettingsACCEPT
Manage consent