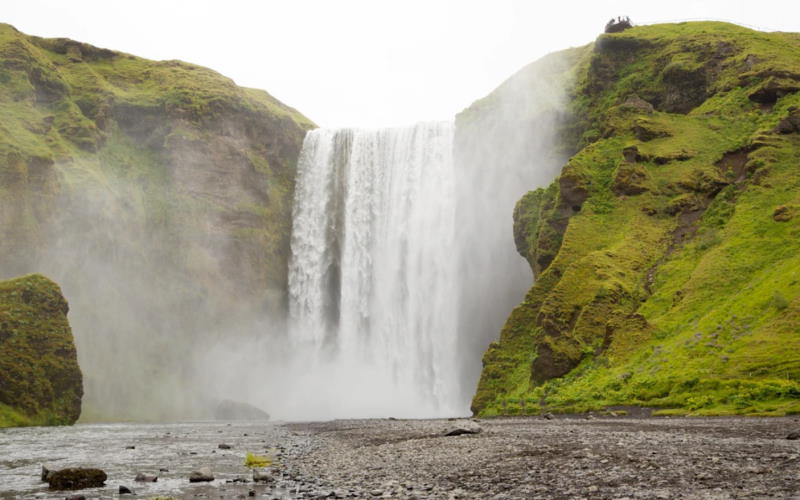 Though there are no official records, it is estimated that there are more than 10,000 waterfalls in the island country of Iceland. The mountains, the ever-changing tectonic landscape, the cold, wet, and windy climate, and the large amount of snow and rain that accumulates on the glaciers, all contribute to the formation of these waterfalls. One of the most iconic waterfalls in Iceland is the Skogafoss Waterfall, and it is an absolute must-see if you are thinking of visiting the country any time soon.

Here are five things you should know about this breathtaking masterpiece of nature that also makes the Skogafoss Waterfall a popular attraction.

Standing 60 meters (197 feet) with a width of 25 meters (82 feet), the Skogafoss Waterfall is one of Iceland’s biggest and most magnificent waterfalls. The massive amount of water and enormity of the waterfall will easily make you feel in awe as you come face to face with the grandiose force of nature. Seeing the waterfall in person is one of the most surreal and moving experiences you will ever have.

It is located in the Skoga River, in the south of the country, at the cliffs of the former coastline. When the coastline receded towards the sea (now at 5 km or 3.1 miles from the Skogar village), the sea cliff remained and became the waterfall that delivers millions of gallons of water from the Eyjafjallajokull and Myrdalsjokull glaciers.

2. Splendid View from the Top

If you and your buddies are into hiking, then the Skogafoss Waterfall has a treat for you – you can climb to the top of the waterfall for a unique and splendid view.

After marvelling at the wonder of the waterfall from below, walk to your right and head towards the steep trail. The steep climb is about 500 steps. The view from the top is absolutely splendid. Not a lot of people venture to the top of the waterfall, thus, it’s a great opportunity to soak in the wonder of nature.

3. The Legend of Viking Gold

According to the legend, a Viking giant named Þrasi Þórólfsson buried a chest full of gold inside the cave behind the waterfall before his death in 900 AD. He was one of the first Viking settlers in the area. For centuries, several attempts were made to retrieve the treasure after the Viking’s death.

A few years later, a few locals were said to have found the chest. As the story goes, a young man tied a rope to the ring handle of the chest to retrieve it. As they pulled the chest out, the ring handle broke off and the treasure was forever lost. The ring was then given to the local church. Today, the ring is now on display at the Skógasafn museum.

The area is open year-round, meaning you can visit any season you want. Summer and sunny days give you the best chance to see a rainbow. Due to the large amount of water being dropped, single and double rainbows are pretty normal in Skogafoss Waterfall.

Winter, on the other hand, turns the waterfall into something magical. The combination of snow, black rocks, water, and cold weather is truly enchanting. However, be careful when visiting during winter, as the ice can be slippery and dangerous. Also, make sure you bring walking sticks with you to help you navigate through the snow.

5. Food and Lodging Can Be Expensive

Almost everything in Iceland is expensive. As a matter of fact, it is one of the most expensive countries to live and visit. Hotels in Reykjavik are up to 30% more expensive compared to other cities in Nordic capitals. The same goes with restaurants and lodging. With that being said, indulging in the food selection located at the parking space near the Skogafoss Waterfall can be pretty pricey.

The best thing you can do to save money is to shop at some local grocery stores and stock up on snacks and meals. They are far cheaper than the food being sold at popular tourist spots.

Getting to the waterfalls

The area around the waterfall is actually a camping area, and access is free.

Best time to see the waterfalls

If you are by yourself or with your own group, it is best to come early or late in the day to avoid the crowd. It’s a popular tourist attraction; hence you can expect a huge number of people visiting the waterfall, especially in the high season. If you are visiting late in autumn, it is best to come after dark, as you will be treated to the beauty of the Northern Lights dancing across the sky.

If you are into trekking, then this attraction has a treat for you. You can explore the trail to the top (around a 1-hour hike). The path that leads to the waterfall continues following the river stream, where more waterfalls can be found.

There’s a short walk from the parking lot to the bottom of the waterfall. So no matter what season of the year you travel to see the waterfall, make sure you wear comfortable clothing. Coats and shoes can be lifesavers.

Also, you can easily get wet, cold, or both. So save yourself from trouble and bring some extra clothes.

Most people visit the waterfall for around 15 minutes. This is definitely not enough to soak in the beauty and marvel of the magnificent waterfall. When visiting Skogafoss Waterfall, or any waterfalls in Iceland, it is best to stay for at least an hour. Walk around, climb the stairs, take as many pictures as you want.

Also, make sure you clean up after yourself. Leave no trace behind. Leave the waterfall as clean and as beautiful as it was when you arrived. 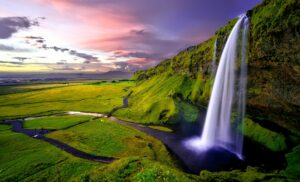 Everything You Need to Know About Iceland’s Ring Road 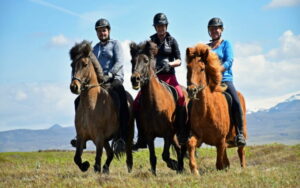 9 Unique Things to Do in Iceland 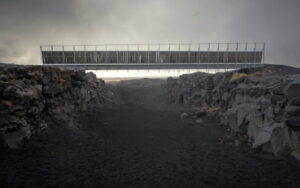 Visit Bridge Between Continents on your trip to Reykjanes Peninsula